Anatomy of the 21st Century

Anatomy is an old science which researches body's form and structure by means of modern scientific methods and technology. Its task is to illustrate the figure, structure, position, abutted relationship of organs, and the rules of their generation and development. Anatomy is closely related to other medical subjects, which is an important constituent of medical curriculum. It's not only the basis of medical fundamental courses, but also the basis of medical clinical courses. After entering into the new century, although there is no obvious change of basic contents, the hours applying to the teaching of anatomy has been reduced obviously. In many medical universities, time of instruction in anatomy that medical students received has been reduced at least more than one- half contrasting against the 1980's. The appearance of this status, to a great extent, attributes to the hard of teaching circumstance and the shortage of anatomic teachers. On the contrast, the appearance and continual development of ultrasonography, computerized tomography and interventional radiology brought forward new projects and developmental orientation for anatomy, which require an even more detailed and comprehensive knowledge of anatomy.
The conflict of "supply and requirement" in the anatomical teaching is becoming the bottle-neck which restricts the development of medical teaching. An advanced biotic preservation technique that may resolve this conflict effectively is the use of ... ...plastinated anatomical teaching specimens.


What Is the Plastination?

The cadavers will decompose soon without any embalmment, which hinders the development and popularization of the anatomy seriously. In order to reserve the cadavers, all kinds of ways were considered. For example, the cadavers were made into mummies with flavors and medicines by ancient Egyptians before B.C.2500. In China, ice, wax, arsenic and mercury were used to reserve the cadavers of the monarchs of the ancient empires. However, the problem of long preservation of the cadavers has not been resolved until Hoffmann, the Germanic chemist, invented the formalin (35% formaldehyde solution) as embalming fluid to preserve the cadavers in 1867. Although the formalin has good embalming quality, it's a carcinogen with irritative odor. The specimens must be displayed in containers with formalin which is inconvenience for being used. The specimens' color is pale and becomes black when contacting air. This terrible appearance enhances the repugnance of the public. These problems and the taboo for death induce the status that the human anatomy deviates from the people and is difficult to be popularized. Till the appearance of plastination technology in 1978, the problem puzzled the anatomical field hundreds years was resolved, which began a new technologic revolution in the anatomical history. Plastination is a special technique which can preserve the cadavers vividly. In this technique, the water and fat of the tissue are exchanged with the high-molecular polymers, such as silicone rubber, epoxy resins and polyester resins. The plastinated specimens are dry, odorless, durable, long-preserved and easy for study. The subtle structures of tissues and cells are identical with their original conditions. Because of the high value of plastinated specimens in education, research and science popularization, the plastination has been used broadly in many subjects and fields such as anatomy, biology, histology, embryology, pathology, medical jurisprudence, archaeology, etc. More than 400 institutes in 40 countries began to reserve cadavers with this preservation technique all over the world. From 1996, the plastination technique has been applied in medical science popularization and exhibitions widely. Because the specimens are displayed vividly, the terror of the people disappears. The invention of the plastination technique created a new path for medical science popularization, which made the human specimens walk out of the laboratories of medical university and display to the public. For any specimens that were not listed in this brochure, please do not hesitate to inquire us.

Truth Medical Corporation planning for seminar about Plastination technique in ...

Truth Medical Corporation start their page on face book please visit it for your comment at below ... 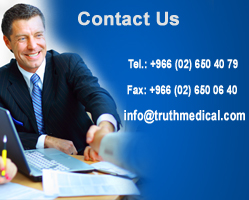